Did you know that back in 1990, the Environmental Protection Agency was all set to release a report that admitted electromagnetic fields (EMFs) are dangerous to our health, including that EMFs have been linked with “the development of various cancers” but stopped short of straight up admitting they are “probable carcinogens”? 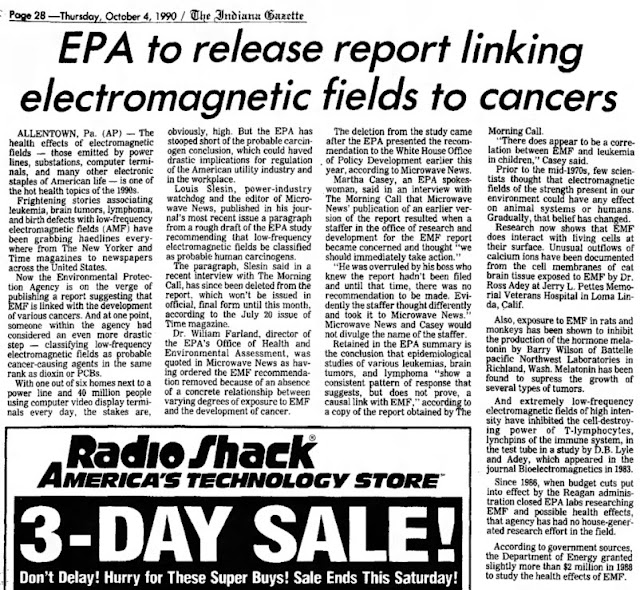 Isn’t it ironic the newspaper thought to tack a Radio Shack add onto the end of this article?

The clipping, published in the October 4, 1990 edition of The Indiana Gazette, reported:

Now the Environmental Protection Agency is on the verge of publishing a report suggesting that EMF is linked with the development of various cancers. And at one point, someone within the agency had considered an even more drastic step — classifying low-frequency electromagnetic fields as probable cancer-causing agents in the same rank as dioxin or PCBs.