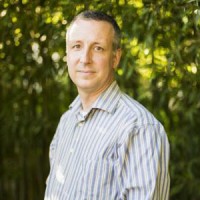 Eric Toensmeier is the award-winning author of Paradise Lotand Perennial Vegetables, and the co-author of Edible Forest Gardens. He is an appointed lecturer at Yale University, a Senior Biosequestration Fellow with Project Drawdown, and an international trainer. He has studied useful perennial plants and their roles in agroforestry systems for over two decades. He is the author of The Carbon Farming Solution: A Global Toolkit of Perennial Crops and Regenerative Agricultural Practices for Climate Change Mitigation and Food Security. 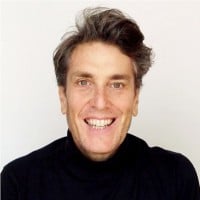 Gary De Mattei is the co-founder and Creative Director of Responsible Eating and Living. Gary is an actor, director, producer, filmmaker, writer, teacher and trained chef. He is the founder and Artistic Director of the nonprofit theatre company, The Artist’s Theatre Repertory Ensemble (TheATRE). Before moving to New York in 2008 Gary worked extensively in Bay Area theatre as an actor, director, writer, producer, teacher, and arts administrator. He was the co-founder and producing artistic director of Theatre On San Pedro Square (TOSPS) in San Jose from January of 2000 to April of 2008. During that time Gary produced plays and musicals that showcased local, national and international theatre artists. Gary was the Theatre Department Chair at Presentation High School in San Jose. During his tenure at Presentation Gary directed plays and musicals and taught acting. His theatre department was awarded the prestigious Best High School Musical Award from the American Musical Theatre. Gary is a Bay Area Theatre Critics Award nominee for his portrayal of Fiorello H. LaGuardia in Foothill Music Theatre’s production of Fiorello. A proud member of Actor’s Equity Association, Gary trains at HB Studio in New York under the guidance of his acting teacher Austin Pendleton. For more about Gary go to his website, GaryDeMattei.com.