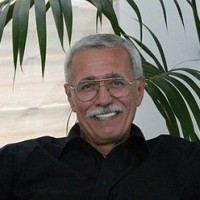 In his early thirties, Philip Wollen was Vice President of Citibank. The Financial Press rated him in the Top 40 “The Brightest and Best” headhunted executives in Australia.
Traveling the world he saw egregious cruelty on such a massive scale that it affected him profoundly. By the age of 40 he was an outspoken advocate for social justice. He describes himself as a “Venture Capitalist for Good Causes”. He decided to take everything he possessed. . . Houses, factories, commercial buildings, apartments, share portfolios, everything . . .. . . . And give it away with warm hands . . .and die broke. He jokes “So far, we are right on budget!” He has supported 500 humanitarian projects for children, animals, the arts, the terminally ill, and the environment in 40+ countries. His words, articles about him and his speeches have been seen by tens of millions of people. The projects are assembled in “silos”. Kindness Kids, Kindness House, Kindness Farms, Kindness Oceans, Kindness Skies, Kindness Streets (ABC – CNVR), Kindness Mobile Restaurants, and Kindness Gold Medal & Cash Prize. One common theme of these projects is to have a strong pro-vegan theme. He supports schools, hospitals, and orphanages; shelters, museums, anti-whaling campaigns, ocean plastic clean-up, turtle hatcheries, ships, marine craft; and bay protection campaigns; bore-wells, social justice films, wildlife protection, lion camps, anti-hunting campaigns, undercover clandestine operations to eradicate trade in exotic animals, bio-gas plants, medical equipment, food, fodder and fuel supplies, oncology, road trauma, ambulances and palliative care projects; Kindness Farms growing fruit, nuts, vegetables and flowers; rehabbing land and feeding fledglings for migratory birds under his Kindness Skies program; Kindness Mobile Restaurants for impoverished street dwellers, and disaster relief. Philip likes to be invisible. The National Australia Day Council wrote: “Essentially a private man, Philip seeks no personal publicity. But he is not afraid to step into the limelight for a just cause”. Rupert Murdoch’s press described him as “reclusive”. He has spoken in the Parliament in The Hague and in the Israeli Knesset – and in Universities around the world. He has shared his views with Presidents, Heads of State, Prime Ministers and Ministers in in many countries.

• In 2005 he received the Queen’s Birthday Honours “The Order of Australia”.
• In 2007 on Australia Day he received the award “Australian of the Year Victoria”.
• In 2012 he was made an Honorary Fellow of the Oxford Centre for Animal Ethics
• In 2014 he received The Distinguished Alumni Award from The University of Adelaide.