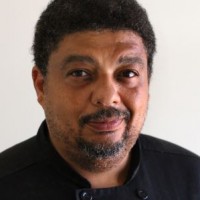 Del Sroufe is the author of The China Study Family Cookbook, The China Study: Quick & Easy Cookbook, Forks Over Knives—The Cookbook, and Better than Vegan. Sroufe is also the co-owner and chef at the Wellness Forum, where he delivers great tasting, plant-based meals to clients in Columbus as well as throughout the continental U.S. Sroufe also joined The Wellness Forum as a member where, after a lifetime of yo-yo dieting, he has lost over 200 pounds on a low fat, plant-based diet. He teaches cooking classes at local venues like Whole Foods, Community Recreation Centers, and The Wellness Forum. Learn more at chefdelsroufe.com.

Allie Feldman Taylor is the founder of new political advocacy organization for animal protection, Empire State Humane Voters which launched in 2017. She was named to New York Observer’s “Political Power 80″ in 2014 and named to City & State Magazine’s “40 Under 40″ political people to watch in 2016. She’s an alumni of Florida State University. Allie lives in Bed Stuy with her husband, Scott, and three rescued cats – Willa, Waffles, and Feline Dion.

John Phillips is a well-known political figure in New York and a nationally-recognized leader in the animal protection movement. Hailed by former Governor David Paterson (D-NY) as one of the “great animal rights activists” in the U.S., his numerous successful efforts to pass laws protecting animals have earned him accolades and awards from the U.S. Congress, the New York State Legislature and the New York City Council. In March 2009, John was named one of the “20 Under 30 Standout Stars” of the animal protection movement by VegNews Magazine, the premier magazine covering vegetarian issues and animal welfare. John’s been active in the animal rights movement since he was a teenager, vegetarian since age 9 and vegan since age 14. He founded and was executive director of the New York League of Humane Voters which was a force in NYC politics for years. John was an early supporter of NYC Mayor Bill de Blasio and helped to defeat the animals’ greatest enemy in city government, Christine Quinn, in the 2013 mayor’s race. He’s the current political advisor for Empire State Humane Voters, a statewide political organization for animals. He lives in the East Village with his partner Chris and their two rescue guinea pigs, Neptune and Blackberry.