Part I: Kathy Freston, The Book of Veganish 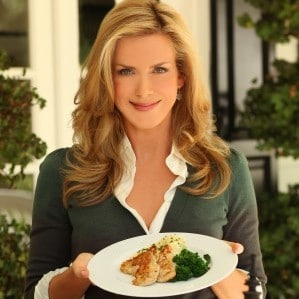 Kathy Freston is a New York Times–bestselling author with a concentration on healthy living and conscious eating. She has appeared on The Oprah Winfrey Show, Ellen, The Dr. Oz Show, and The Martha Stewart Show, and in Vanity Fair, Harper’s Bazaar, and Self. Freston is a regular contributor to The Huffington Post. 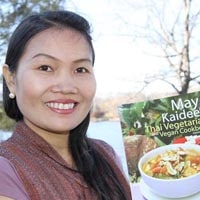 Sommay Jaijong, known to everyone as May (sometimes pronounced Mai), dreamed of becoming a restaurant owner since the early age of 12. May is recognized in Thailand as a successful entrepreneur, owning vegetarian restaurants and cooking schools in Bangkok and Chiang Mai. Her business name, May Kaidee, was christened after the meaning of her first name, indicating aptitude in business and marketing, and essentially translating to, “May sells well.” Indeed, as May continues to establish herself professionally, she invites relatives and friends from her hometown to work in her Bangkok restaurants, extending, as her aunt did, the opportunity to acquire a more comfortable or alternative life. Internationally, May has instructed Thai restaurant staff members throughout Europe and Asia and is frequently requested to lecture at retreats, health seminars, and annual food events worldwide. In Russia, May has tutored master chefs from five-star hotels in St. Petersburg, and is renowned in Moscow for her sensational Thai vegetarian cooking film, translated into Russian. Additionally, May has spent time in England sharing her culinary secrets and in Japan instructing health retreats on organic farms. By 2002, May Kaidee’s was chosen as a top restaurant by “Metro Magazine” in Sweden and nominated for the International Award for Tourist Hotel and Catering Industry by the Spanish magazine, “Mercado Mundial”. What’s more, May has made television appearances in Thailand, Germany, France, and China, and was personally selected by His Royal Highness Prince Phillippe of Belgium as the best chef in Thailand. At present, May’s ambition is to share with the world a bit of Thai culture, as well as her heavenly, health-restoring recipes for revitalizing mind, body, and spirit. While not looking after customers in Thailand, May spends time in New York City promoting her signature recipes. Find out more athttps://www.maykaidee.com/