WASHINGTON, D.C. — Hawaii residents were the least likely to be obese in 2014, and Hawaii was the only state where fewer than one in five residents are obese. Mississippi had the highest obesity rate in the nation for the second year in a row, at 35.2%. 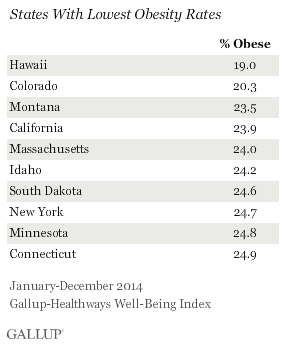