Climate engineering is a completely runaway juggernaut of total insanity. The planet’s climate system is unraveling by the day as the geoengineers try frantically to control it with ever more desperate and destructive measures (which were a primary cause of the climate disintegration in the first place). As the photograph below clearly shows, powerful radio frequency transmissions have a profound effect on clouds that have been aerosolized by the jet aircraft spraying of toxic electrically conductive heavy metals. 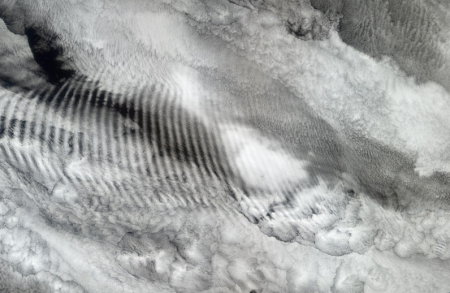 RF transmissions over the Prince Edward Islands can be seen in the image below. 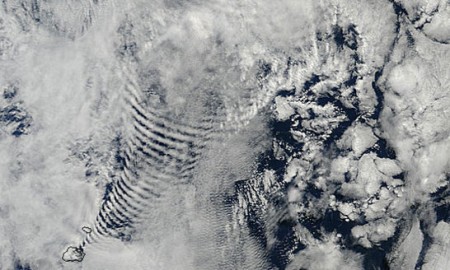 Massive Aerosol operations off the west coast of the North American continent, such heavy spraying is used in conjunction with RF transmissions. 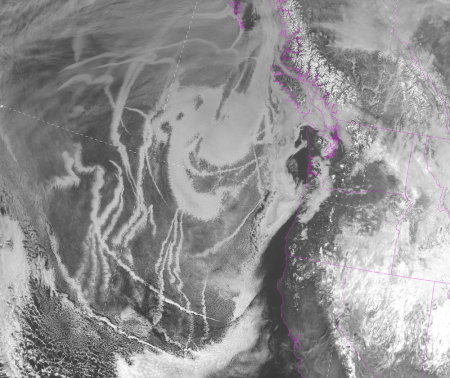 Bizarre cloud configurations commonly occur due to the radio frequency bombardment of the atmosphere for climate modification purposes.