Is Anthony Fauci the Bernie Madoff of AIDS and Chronic Fatigue Syndrome? 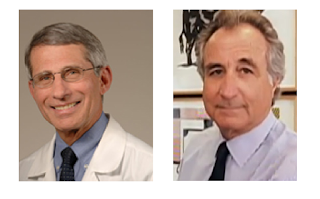 Charles Ortleb, the former Publisher and Editor-in-Chief of New York Native, debunks the scientific empire that has enriched Anthony Fauci and made him an iconic figure in American science and medicine. Ortleb argues that, like Bernie Madoff’, Fauci has built his reputation on fraud and deceit. For at least two decades, Madoff ran a financial Ponzi scheme while Fauci has run a scientific Ponzi scheme for more than three decades. While Bernie Madoff defrauded 4,800 people out of their money, Fauci’s HIV Ponzi scheme has undermined the health and civil rights of millions of people all over the world. Ortleb argues that Fauci’s AIDS empire should be considered a criminal enterprise and that the AIDS-related HHV-6 epidemic (which includes Chronic Fatigue Syndrome) will only end when Fauci’s HIV Ponzi scheme ends. All of Ortleb’s books on Chronic Fatigue Syndrome and AIDS can be found at www.CharlesOrtleb.com.

CLICK BELOW TO LISTEN TO THE ENTIRE RADIO PROGRAM